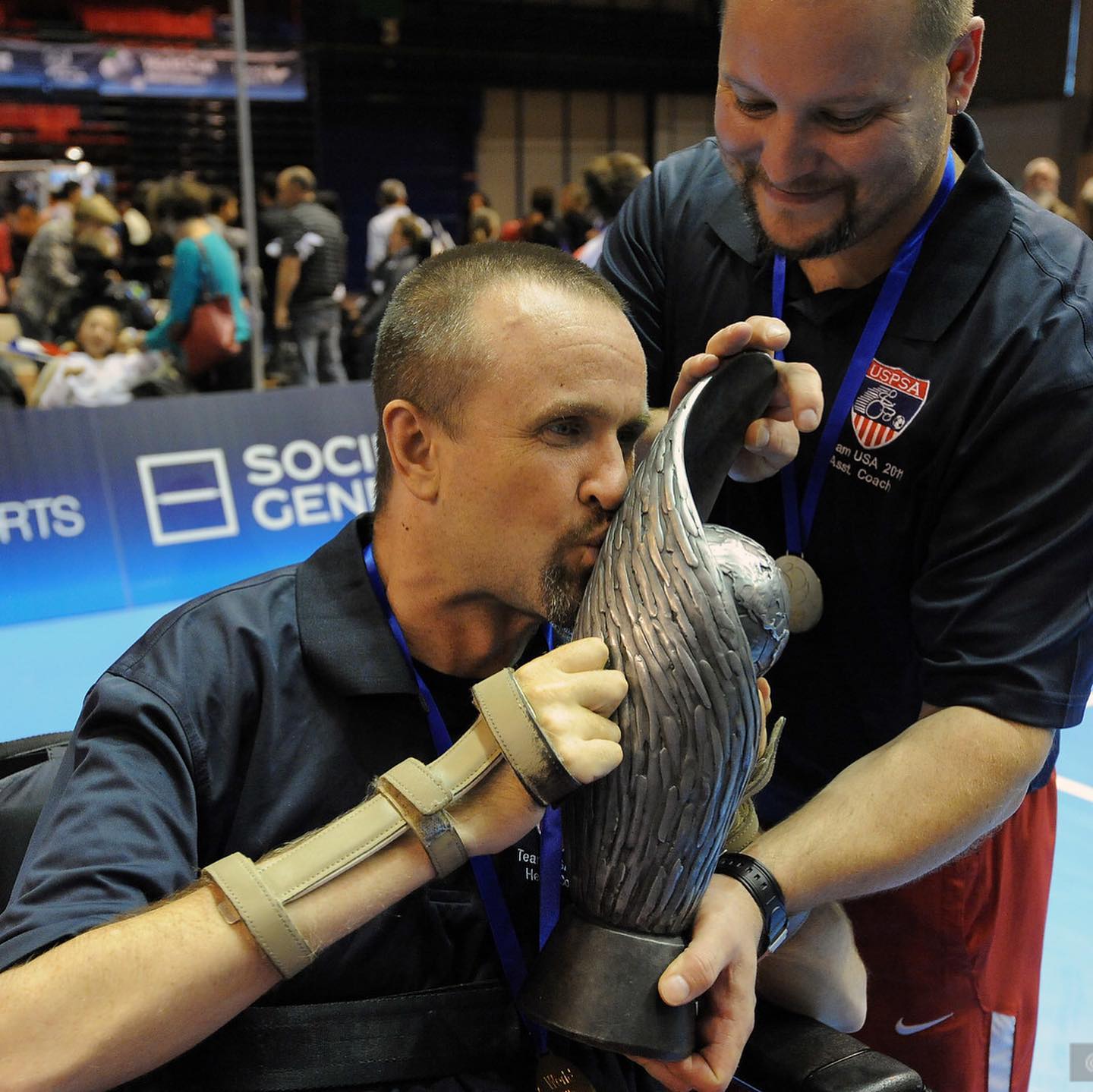 The power soccer world lost a titan of the sport.

In the winter of 1992, at the age of 21, Chris suffered a spinal cord injury to his cervical fourth and fifth vertebra causing a paralysis that limited his physical mobility, and requiring the use of a powered wheelchair. While his injury and resulting disability changed his physical condition, Chris’ determination, focus, willpower and love defined his life.

Throughout his recovery, physical rehabilitation and post-graduate work, he kept a small button pinned to the backpack he carried on his wheelchair. It read: “Piss on Pity”. That was everything you needed to know before talking with Chris.

Playing power soccer, Chris quickly achieved his childhood dream of being a professional soccer player. In 2005, all in the same year, he was selected to the USA National Power Soccer team, voted Defensive MVP for the Power Soccer World Invitational, and selected to be the USA representative for the International rules committee. He came on strong. He was impressive both on and off the court.

Fueled by the power of possibility and the vision of achievement, Chris led the first United States Power Soccer team to a world cup victory on the international stage in Japan in 2007. And to prove it wasn’t an accident, he led the US team to a second world cup championship in Paris, France in 2011. Chris was a fierce competitor, but as he said in the pre-game huddle before the final game of the tournament in a Paris arena: “Find the love…find the love, and you will win.” Because Chris lived his love, all over the world, players, teammates, friendly rivals, co-workers and peers…are able.

The team adopted the motto “United, Strong, Able, TEAM USA!” That cheer echoed in every arena that Team USA played in. He and the team overcame seemingly insurmountable odds and succeeded, much like Chris' life.

Chris will forever be a part of Team USA and his legacy will be known by all future teams and players.