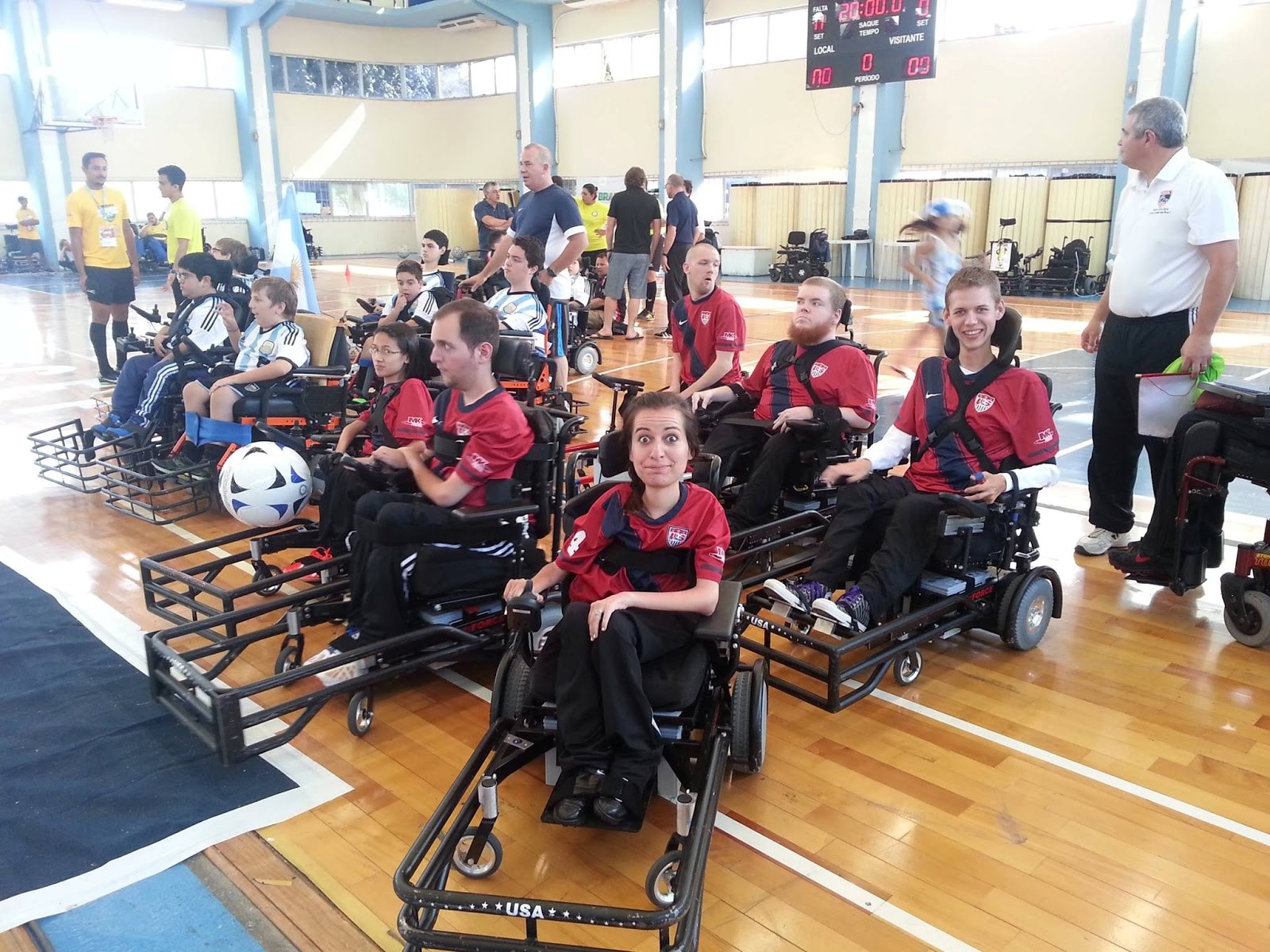 The USA played the Australian team on Saturday, which turned out to be a great match. From the start of the game, Team USA struggled on offense. The Australian team kept getting into the passing lanes disturbing the team's attack. The Australian team came ready to play and frustrated team USA with its ferocious defense. The US team started making some uncharacteristic mistakes such as bad ball handling and inaccurate passing. Team USA eventually broke the 0-0 tie with a great pass by JC to Natalie for the opening goal. They caught the Australian defense off-guard with a long shot on goal. Team USA did not have the momentum for long because the Australian team was right back up court to score a goal of their own. Both teams increased their defensive intensity disrupting each other's offense throughout the half. JC scored an easy goal on a bad defensive set up by Australia right before halftime going up 2-1. That concluded a surprisingly tough half for Team USA.

The US team continued to struggle in the second half. They have a hard time generating any offense, so they brought up up their goalie for an offense of advantage. This seemed like a desperate move considering that the team was only up by a single goal. This move ultimately turned out to be a great one because it led to a great goal. The goal was off a corner kick to Ben Carpenter to put team USA up 3-1. Natalie put in another goal right before the game ended, making the final score 4-1.

This was one of the tougher games that Team USA has played in this tournament. They started off a little sluggish and unprepared for the Australian team. Some early mistakes cost them goal-scoring opportunities. It was a great game played by the Australian team. Their defense was outstanding, keeping Team USA in check. Their lack of scoring ability was the reason why they lost this game. Team USA will be seeing this team again in the near future. Stay tuned for more tournament coverage.

As day two of competition draws closer to an end, Team USA entered into its final match of group play. This match found the US pitted against Argentina. Before this match started, most people believed that the South American teams (Argentina, Brazil, and Uruguay) were very young and inexperienced, which would lead to major problems for them during games. This was the glaring difference between these two teams.

Like most of their early matches, the Americans were fast and aggressive on offense in the early moments of the game. The two main ingredients of Team USA’s offensive game plan is strong accurate passing and creating tons of set plays. This caused the defense to spread out and opened up lanes for many shots on goal. The US recipe of offense made a healthy helping of first half goals that were eagerly eaten up. Because most of the possession of the ball was in favor the United States, a lot of the action occurred on Argentina’s defensive side of the court. With Team USA’s offensive pressure, they ended the first half leading by the score of 5-0.

The start of the second half was a mirror image of the first. Team USA continued to put the pedal to the metal and kept their offensive aggression alive. As this half continued, Argentina’s youth and inexperience caused tons of mistakes for them in the form of two on ones and three in the box. The United States once again took advantage of these mistakes and fueled their offense even more. America’s sound passing, perfect execution of set plays, and the dominant control of possession led to six goals in the second half.

When the final whistle sounded, Team USA claimed an 11-0 victory. The entire game was controlled by the United States. With five goals in the first half and six in the second, it seems that the US offensive system is second to none.