Team USA honors Ben Carpenter, a giant of the sport 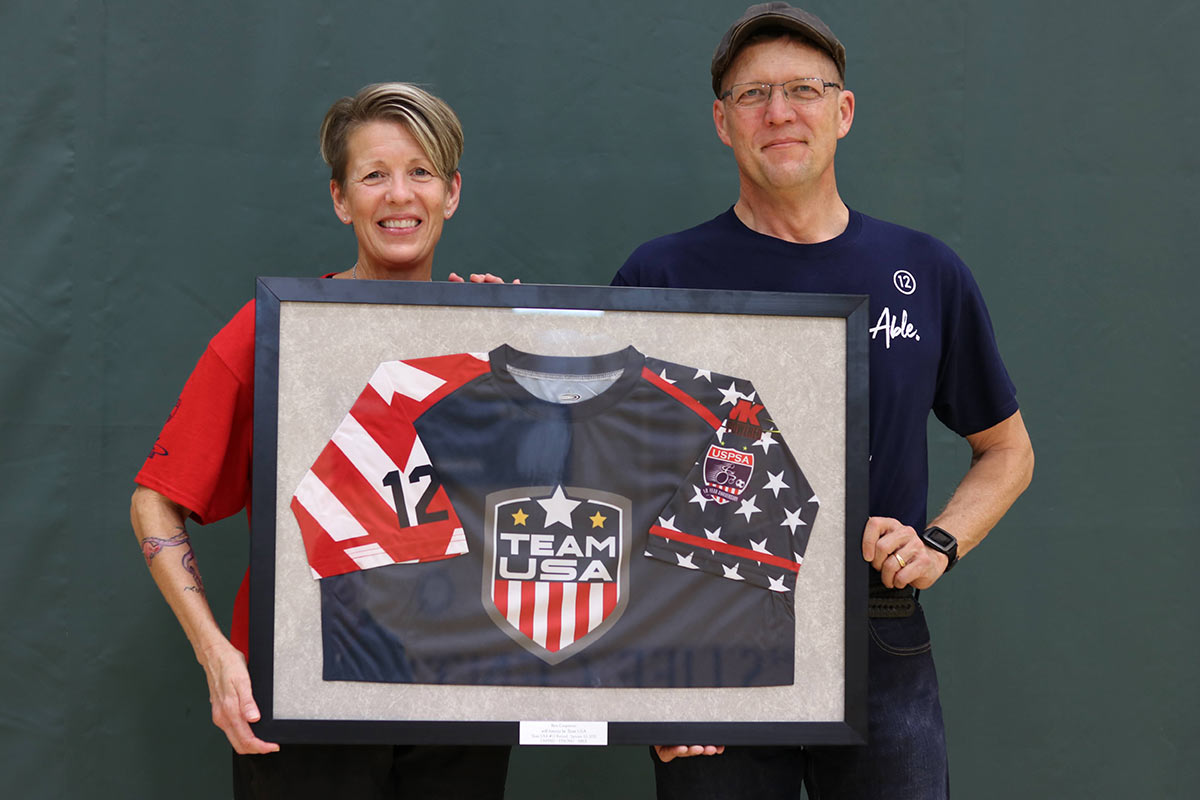 Ben Carpenter's power soccer career started in 2004 at a clinic run by the legendary Jerry Frick. He came into the clinic in his tiny Permobil chair, but that didn't deter his competitiveness. Elio Navarro, Carpenter’s first power soccer coach, said that after that clinic, he never missed a practice. Thus, began the start of an illustrious and memorable journey.

In 2014, Carpenter made his debut to the international arena when he played in the COPA America held in Rio de Janeiro, Brazil. Carpenter's first taste of international experience ended with Team USA bringing home the gold. He went on to help Team USA take second place in the 2017 World Cup held in Florida and another COPA America gold medal in 2019. In October 2019, he was selected to represent Team USA for the fourth time in the 2022 World Cup.

Carpenter was a veteran in the sport and always had time for the young and new athletes. He was a part of many power soccer clinics to help educate and train athletes and coaches in places like Florida, Texas, and even Argentina. Outreach was always a big goal for Carpenter, and he never passed up an opportunity to help spread the word on power soccer.

He was praised as a great teammate, not only for his ability on the court but for his reliability off the court. Team USA teammate Nathan Mayer knew first-hand what Carpenter brought to a team, and why he was so valuable.

"Ben was someone that you could always rely on to have your back," Mayer said. "The team benefited greatly from his leadership and tactical mind."

Mayer also said that Carpenter always strived to be the best he could be, and that motivated him.

Carpenter showed determination and passion when playing, but those qualities also shined in his career path. Ben was an Imagineer Associate Show Mechanical Designer for Disney. He had his dream job designing amusement park rides, working for one of the biggest companies on the planet.

This week, in Carpenter's home state of Florida, Team USA held a special ceremony to retire the number 12 worn by Ben throughout his club and international career. The team also had a weekend-long training camp and it was only fitting that the training and the ceremony was on Carpenter's home court.

Coach Mike Hayes and the rest of Team USA presented Jim and Tari Carpenter a framed number 12 jersey to display in their home. After the jersey presentation, the family reminisced and shared some of their favorite stories with the team.

Although 12 will not be worn again by a US National team member, it will live on through the team. Each athlete's jersey will have a small 12 on it to honor Carpenter's legacy.

Carpenter left his mark on this sport and this world. He will forever be remembered as one of the best soccer athletes, but more importantly, one of the greatest spokesmen for the sport of power soccer.