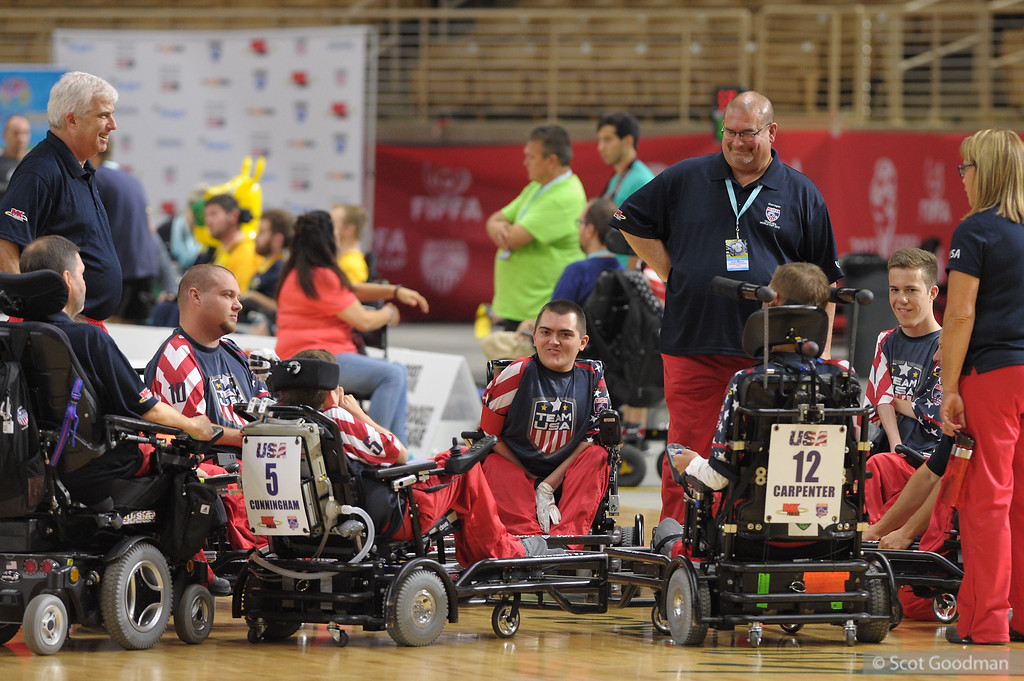 10 countries qualified for the competition and the big target was on TEAM USA, who was going for an unprecedented 3rd consecutive championship.

In the semi-finals, France made quick work of Australia while the USA edged England (2-1). This game featured a big controversy over a disallowed England goal which would have tied the game late. The call held up and the finals matchup was USA v France (as it was in World Cup #1 in Tokyo in 2007 which the USA won on sudden death kicks-from-the-mark).

In the final, the USA came out strong and just missed scoring in the first minute. The French were on their heels throughout the opening 5 minutes but weathered the relentless USA attack and started putting pressure on the USA. That pressure created a French scoring opportunity about 1/2 way through the first half and the French capitalized to take a 1-0 lead. The USA came back on a penalty kick and a set play and went up 2-1, but France got to 2-2 on a brilliant counter-attack. The half ended 2-2.

In the 2nd half the play was end to end but France dominated possession and neutralized the USA's potent passing game. A late score by the French put them up 3-2 but did not end the drama as the USA pressed the attack. However the French were equal to the defensive challenge and scored another goal on a penalty to win the title 4-2.