2017 FIPFA World Cup - The Experience of a Lifetime 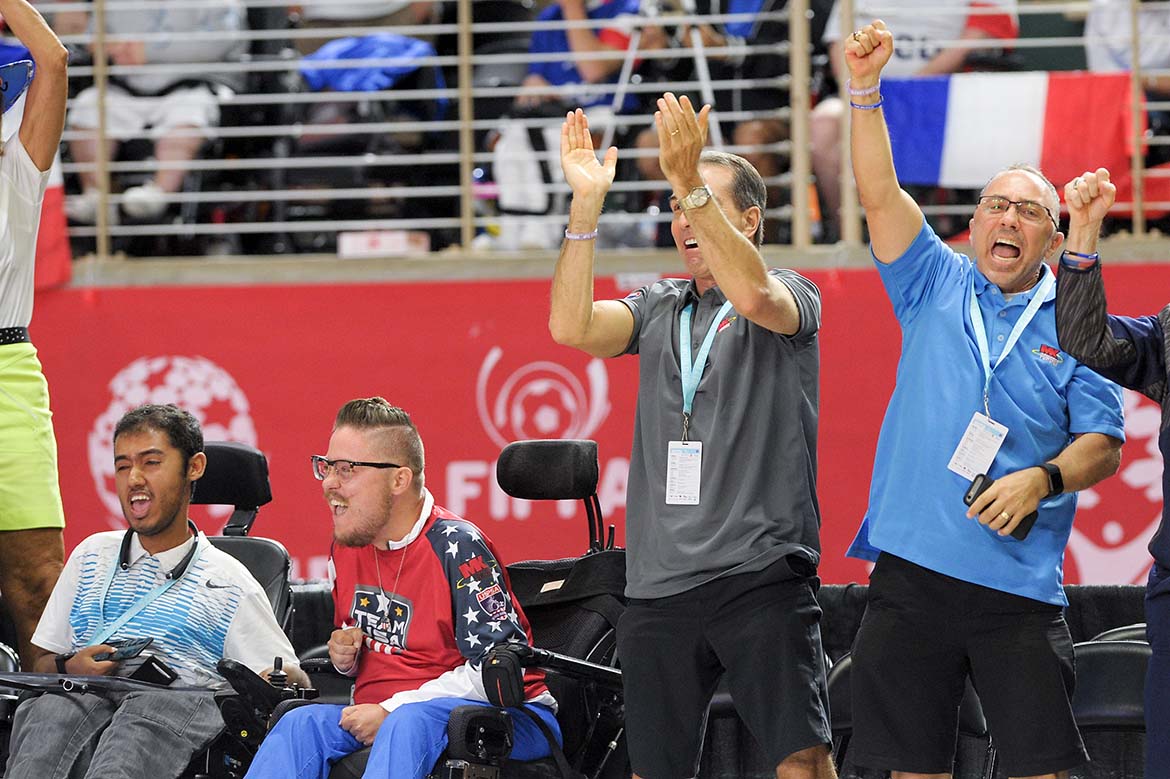 In the past 5 years, I have been to many power soccer tournaments but nothing prepared me for what I was about to experience at World Cup 2017. Having never played for my country, I could not imagine the gamut of emotions the athletes felt when putting on their country’s colors and singing their National Anthem at the top of their lungs. Indeed it was a very emotional moment for all the athletes as well as all that were in attendance; present company included. Soon though, there was a transformation from those emotions to focused determination as their game faces appeared; it was time to get to work as there was a job to be done…bringing home the World Cup.

10 teams from all across the world met in Kissimmee, Florida, with high hopes of raising the Cup, but in reality only one would. That doesn’t mean that the other teams “lost,” because I am here to tell you there were no losers in this competition. They are all winners in every sense of the word and there are very few boundaries that these athletes cannot overcome.  On Team USA alone, 11 out of the 12 athletes have graduated from college. In case you are wondering about the one that did not, it is because he is still in high school. Rest assured, I received confirmation from his parents that he will soon be attending college. For those of you that watched Argentina play, your eyes did not deceive you; yes he was maneuvering the chair with his chin. If you happened to catch an Australian game you witnessed a young man playing with a high level of skill while maneuvering the chair with his toes. Again, there is little that these athletes cannot overcome.

We’ve all heard that it takes a village to raise a child or in this case a disabled athlete. To this day I am still overcome with emotion when I see the love and support provided by the families, friends, caregivers, coaches, volunteers and fans. For example, Argentina, Australia, England, Ireland and Japan each had upwards of 60 fans in attendance. They sang, danced and supported their team regardless of the game’s outcome. Not to disappoint, Team USA had the support of well over 100 fans and, recognizing many, I can tell you that they flew in from as far away as Oregon, California, New York and all points in between.  One more interesting tidbit was that out of the 80 chairs used in the competition, 79 of them had MK gel batteries installed.  I’m not sure why there was one outcast but I do know that his team didn’t win.

In the end, there is only one team that would raise the cup and that team was Team France. In a very hard-fought and intense championship game, France came out on top with a 4-2 victory over Team USA (England took 3rd Place), and our own Wayne Merdinger was on hand to personally award Team France with the World Cup trophy.